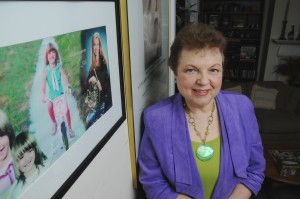 Susan today, with photos of her niece Maggie, a victim of a domestic violence homicide

A phone call in the middle of the night on October 18, 1999 changed Susan Omilian‘s life forever.

That call brought Susan the news that Maggie, her nineteen-year-old niece, had been shot and killed on a college campus in Michigan by her ex-boyfriend who then killed himself.

No one had seen the danger that Maggie was in, not even Susan, an attorney and advocate for women’s rights for years.

Shocked and outraged by what happened to Maggie, Susan was determined to turn a senseless act of violence into an opportunity to help others move on after abuse as Maggie could not.

She realized the power of the moment when a woman leaves an abusive relationship or moves through the crisis after a sexual assault and wanted to harness that energy so that women could be empowered after abuse.

In September, 2001, Susan conducted her first My Avenging Angel Workshops,™ based on the idea that living well is the best revenge! The two-day workshops were free of charge because she sensed that the women who needed the workshop would not be able to afford it. She also set up free monthly follow-up sessions and individual coaching as well as weekend retreats for those women who had completed the basic workshop.  These women formed the Archangels group, an on-going community of women moving on after abuse. 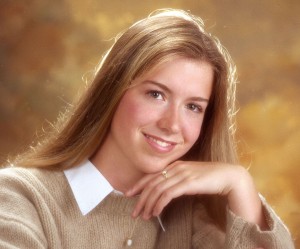 Our Projects and Partnership

Since 2007, CT-ALIVE’s Never Going Back to Abuse Project helps provide the critical “next step” for women who have been abused to break permanently out of the cycle of violence and reclaim their lives.

Through effort with Susan as the Project Director, CT-ALIVE supports the My Avenging Angel Workshops™ and on-going activities by subsidizing the women participants’ cost of Susan’s facilitation of the workshops, follow-up sessions and weekend retreats.  In addition, CT-ALIVE has a scholarship fund that provide support to those women who cannot afford the cost of the rental fee for the weekend retreats.

In 2012, Susan developed the Stepping Forward Program to help women who have attended the workshops and have goals around job search, small business development and managing their finances find resources and materials to reach those goals.

This unique, innovative approach builds on the life-saving work of the domestic violence shelters and sexual assault crisis center. While the goal of those programs has been to get the women safely out of abuse, CT-ALIVE’s Never Going Back to Abuse Project helps women rebuild their self esteem and work positively to stabilize their lives emotionally, financially and socially so that they will not return to an abusive relationship in the future.

The  women uncover their hidden talents, set new goals to awaken their creative potential and create a new, non-violent future for themselves and their children. Women who reclaim their lives in this way are less likely to return to an abusive relationship and/or suffer the long-term physical and psychological consequences of the abuse they have experienced.  They are more likely to “thrive,” not merely survive abuse.

CT-ALIVE is a grass-roots, community-based victim services organization that has been in existence as a non-for-profit Connecticut corporation since May, 2002 and a tax exempt organization under Section 501(c)(3) of Internal Revenue Code since August, 2003.

CT-ALIVE has received funding since 2003 from the following sources as well as donors:

Our Board of Directors

A dedicated group of volunteers comprise our active and engaged Board of Directors.

See more about each of our Board members below with photos and information about their commitment to CT-ALIVE.

You Can Help Make a Difference

Your donation can make a difference in the lives of hundreds of women, children and families adversely affected by domestic violence.

The page you requested could not be found. Try refining your search, or use the navigation above to locate the post.

CT-ALIVE is a Connecticut non-profit corporation which is tax-exempt under Section 501 (c) (3) of the IRS Tax Code. Your tax-deductible donations enable CT-ALIVE to help women who have been abused heal, grow and move forward! 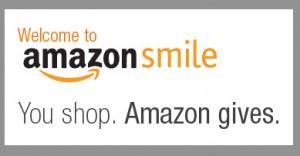 AmazonSmile is a simple and FREE way for you to support CT-Alive’s victim services every time you shop, at no cost to you!

You can save $$ on your electrical bill and help support CT-ALIVE's innovative services for women who have been abused. The more power you use, the more you save and the more CT-ALIVE earns as a Discount Power broker! It's a win-win situation for all!!